The Arcade is COMING!!!! 😀 omg im so excited I can feel my body thrumming (silly huh XD). I cant help it though… this round has TONS!!! of stuff thats like high quality and so wonderful it just makes me want to bounce on my chair!!
During the month ill be featuring one or two.. or more XD items from this round of the arcade.. so stay tuned guys :3. If you want to see what great stuff they are offering for their September round click for the Shopping Guide. For now let me present the new offerings of Tableau Vivant :), their hair for this round of arcade is awesome :). It can go from preppy to formal or just lounging on your banana in pajamas (which is kind of in the arcade too XD). It comes with various acessories that im sure you would love too XD. So get your typing fingers ready… The Arcade is Coming!!! XD 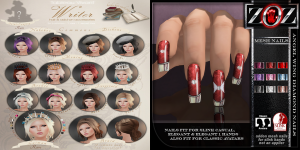 5 thoughts on “Amongst the Flowers” 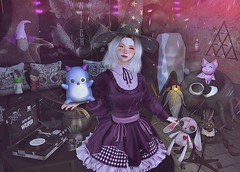 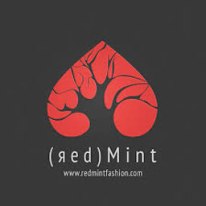